SHOUSE is Ed Service and Jack Madin; a couple of friends who like to hang out to make weirdo-house and the occasional international hit. Their live-house sets these days incorporate a network of analog synthesizers, sequencers and drum machines, along with bizarre instruments tinkered up in Jack's dad's rural shed. House jams interspersed with huge, choral, anthemic moments. Always a chance to dance, bringing the people together as one within a liminal space. Always a strange, ecstatic, transcendental time.
SHOUSE’s music has become so many things for so many people: A declaration of love during a time of isolation. A demonstration of solidarity. A cry of collective strength. It is via their indelible energy of Communitas, embodied on global hit phenomenon “Love Tonight” and their most recent ubiquitous anthem “Won’t Forget You”, that SHOUSE reaches out across the world with a spirit of unity. That is all we need.

About Love Tonight
Featuring a choir of over 20 diverse and amazing artists that they have loved and admired in their local scene, on “Love Tonight”, SHOUSE have created an overture that morphed from an underground classic to message of unity during the great global pandemic, into a worldwide release anthem and phenomenon beyond dancefloors. Love Tonight is so many things for so many people: A declaration of love during a time of isolation. A demonstration of solidarity. A cry of collective strength.
A Top 10 Single in France and Germany (Top 20 in UK), with over 1 Billion streams, 11 Million Shazam’s (#3 on Shazam’s Global Chart / #1 Global Electronic Genre), Gold and Platinum certified in over 30 countries, propelled by DJs and radio-lists around the world (including an NRJ Song of the Year nomination) - Love Tonight was the crossover dance hit of Summer 2021 and bound to be a mainstay on large and small sound systems into the far future.

About Won’t Forget You
SHOUSE follow a year in which their much-loved underground anthem became an independent worldwide hit. Now SHOUSE return with the highly anticipated follow up single "Won’t Forget You”. With already over 1 million Shazam’s and recorded between trips to Europe and an appearance for New Years Eve 2022 live at the Sydney Opera House, featuring a choir of over 50+ friends and colleagues from their hometown (a chance to reunite many of the cast of vocalist from their breakout hit), "Won’t Forget You” continues to showcase the Melbourne duo’s uncanny ability to create anthems of solidarity that reach far and wide, deep beyond the  dance floor.
Summed up by SHOUSE in their own words: “Won’t Forget You is a song about friendship and love. The connections that last forever. We have all endured a period of disconnection, but we will never forget those people that are so important to us. This song is for your best friends, for family living far away, for that new friend on the dance floor. It’s the song that reminds us of those we love. It’s a song to sing together.“ 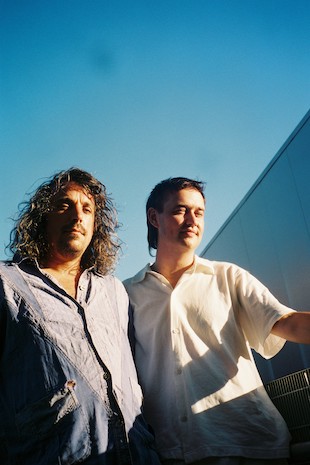