Re-defining the sound of a city, gluing together influences, opening new spectrums and introducing the world to a new wave of slow burning down beats and electric garage.

A deep organic build up which started in 2010, in the basements of Amsterdam and the streets of Tel Aviv.

There are many ways of seeing things, Performing live as a duo or with different guests on stage, or their infamous Dj sets, a trip that will take you very far and as exotic as possible, if you want to know more about the internal side of RA, check out their own label Garzen Records, a place for their special deviations. 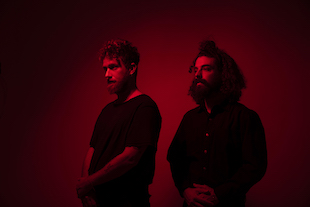