One of the industry's most exciting breakout talents, La Fleur is blazing a trail impossible to ignore. From her highly lauded collaboration with Sasha 'Förbindelse' that scored an Essential New Tune, to her stunning debut on Kompakt's Speicher series 'Tears' and the relaunch of her Power Plant label with the exquisite 'Aphelion' EP, her elegant take on house and techno continues to captivate.

Creative freedom and a deep connection to her environment have fuelled the artistic endeavours of Sanna La Fleur Engdahl stretching back to childhood. Born in the Swedish city of Örebro, weekends were spent playing and exploring the forests surrounding her home, alongside lessons in piano, flute, ballet and later singing. In the years following, she graduated with a Master in Pharmaceutical Science but eschewed a career in pharmacy to focus on music full-time. Later Power Plant was launched with the incandescent classic 'Flowerhead' with the project becoming a multi-disciplinary breeding ground for different creative pursuits, with music always at the core.

She begun the Power Plant 'Elements' fashion line, collaborating with designer Stacey DeVoe to create an eight-piece capsule collection focusing on androgynous design and geometric cuts. While her passion for the visual arts has seen her source talented painters and illustrators for the label's cover slicks, including Olaf Hajek, Dan Hillier, David Karcenti and the iconic Swedish artist Hans Arnold, a process she revels in. The late Arnold famously illustrated ABBA's Greatest Hits album, and the Swedish fairytale series Bland tomtar och troll, so it was with considerable pride that La Fleur got the opportunity to curate and exhibit his work at a gallery in Stockholm, introducing his art to a new generation of Swedes.

The former Mixmag breakthrough artist is in high demand for her DJ skills, playing an almost unheard of three sets in three months on BBC Radio 1 last summer. She first shared the stage with Cassy and B.Traits for an inspiring B2B2B during the Radio 1 Weekender in Ibiza, followed by an acclaimed Essential Mix, before dropping a 'Hot Mix' on Pete Tong's show to celebrate her much-talked about collaboration with Sasha. 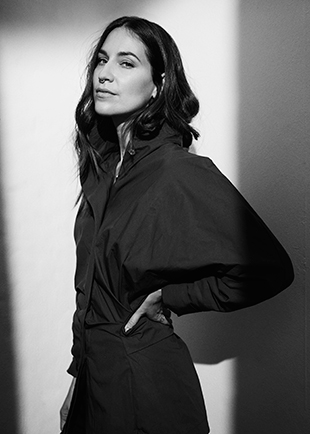