Erol Alkan is not susceptible to cliches, but amid a life devoted to alternative and electronic music culture, one just might be true; he is an artist who needs no introduction. Alkan's creative life as a DJ, producer, label owner, radio host and collaborator has spanned decades. His exhaustive history reads almost like mythology; the shy son of first-generation immigrants, who snuck out of his bedroom window to play indie records to ruthlessly unforgiving crowds, and ended up transforming the London club scene, bridging disparate scenes with experimentation and abandon.

Decades later, everything and nothing has changed. Whether in the DJ booth, in the studio or on the radio, Alkan continues to rely on a unique alchemy driven by instinct and the pure, infectious love and knowledge of music he has carried since his childhood. Phantasy, the label he founded in 2007, stands as a forward-thinking beacon, representing the values of his legendary club Trash, which ran every Monday in London for a decade, which Alkan shuttered it at the peak of its popularity and cultural cache.

Phantasy is an esoteric home for artists including Daniel Avery, Red Axes, Terr, Gabe Gurnsey and Wilted Woman. It's also the natural home for Alkan's own productions, as well as his own collaborative side project Beyond The Wizard's Sleeve. Following an already storied legacy reshaping and reworking obscure psych nuggets, the duo released their critically acclaimed debut LP 'The Soft Bounce' in 2016.

Despite ubiquity as a remixer and collaborator, Alkan returned to solo work with 2018's 'Spectrum', a hugely well-received single that gained support from Djs including Andrew Weatherall, Sven Vath and Seth Troxler. Remixes followed from Matrixxman, Machine Woman, Mano Le Tough and Baris K, each demonstrated Alkan's unique nous to speak to as varied of an electronic music fans as possible, without foregoing compromise; a one-man link between the vitality of the underground and the joy and possibility of connecting with a wider audience.

Three decades into his life as a DJ, and connection is more important to Alkan than ever before. The past few years have seen Alkan focus on 'To The Rhythm', a series of dates across Europe and North America, each of which create the ideal environment to explore the far-reaches of his record collection as well as controlling the lighting from the Dj booth as he soundtracks the room. Each facet of Alkan's taste and history is accounted for, spanning acid-drenched rave, frenetic house and the spirit of alternative pop and guitar music, as imaginatively curated on his much-loved 'Bugged In' mixes.

Elsewhere, alongside his focus on all-night sets, Alkan continues to take a similarly wide-ranging musical approach on a number of festival lineups. Recent appearances have included Field Day, CRSSD, Wilderness and Boomtown, headline sets at Sonar in both Barcelona and Istanbul, and appearances at clubs such as fabric, Sub Club, Nitsa, Mondo and Le Sucre. In part revisiting his 'Disco 3000' alias, he has also performed a series of special disco and Italo sets at parties including Lyon's notorious Garcon Sauvage and Homoelectric in Manchester.

Alkan's interest in studio productions and collaboration has always sat comfortably alongside his reputation as one of the most diverse Djs in club music. In 2018, Phantasy offered a special edition reissue of Late of The Pier's 'Fantasy Black Channel', celebrating a decade of the futurist pop record that arguably remains Alkan's studio masterpiece. Alkan later cemented his craft and promise while working with Ride on their long-awaited reformation album, 'The Weather Diaries'. A fan of the band since his youth, Alkan was then invited to return to produce the 2019 follow-up, 'This Is Not a Safe Place'.

Alkan's work as a remixer has allowed his music to echo around clubs even when he himself is away from the road. His hugely imaginative 'reworks' of artists such as Hot Chip, Connan Mockasin, Metronomy, Tame Impala and Justice have become classics of their genre, and were extensively collected on a 2018 compilation, 'Reworks Volume 1'.
Reviewing the collection, Resident Advisor concluded that Alkan "belongs in the class of other f ted studio scientists like Fran ois K and William Orbit, whose best remixes exist out of time."

Given his sincere, lifelong endeavour to channel music and creativity from past and present eras, it's little surprise that Alkan has also enjoyed a fruitful and ongoing spell as a radio DJ. As well as a series of shows for Boiler Room and the occasional appearance on NTS, Alkan has been involved on 6Music for over a decade, most recently to fill-in for Giles Peterson as well as taking care of the midnight slot for two consecutive New Years Eve shows.

As the sands of alternative and electronic music culture shift faster than ever, Alkan remains one of the most influential and enduring artists in whatever world he chooses to occupy. Never mind cliches, Erol Alkan is an even rarer sort; an artist who needs no introduction, yet with so much more to share. 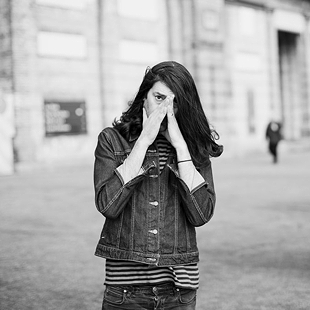