You know you’re doing something very, very right when you get regular Radio 1 airplay and you’ve signed music to Running Back, Permanent Vacation and Correspondant.

Then again, Alan Dixon has long been a name on the edge of big-time success, marked out as one to watch by industry taste-makers including Mixmag, Defected and Traxsource.

A rock kid until he stepped into a club at 16 and thought ‘this is it,’ Alan initially made a name for himself in his native North East of England before becoming one of the Ministry of Sound resident DJs in Singapore for several years.

Once back in the UK, and armed with insider knowledge from working at Strut Records in London, Alan quickly became a go-to name on the disco circuit with gigs for Horse Meat Disco, Elrow, Glastonbury and a residency at Savage Disco. Word quickly spread and those shows evolved into international sets including gigs at Pikes Ibiza, Black Flamingo NYC, Madrid and a headline return to Singapore.

Already well-known for his disco edits, Alan made the move into original productions in 2014, inspired by names like Todd Terje, Prins Thomas and Gerd Janson. And in a neat twist of fate, Prins Thomas turned in a remix of Alan’s ‘Edge of Forever’ for Correspondant while Alan was then signed to Gerd Janson’s Running Back Records.

Like many in the industry, he used 2020 to his advantage. He launched his own label, Love Attack, including a killer EP from Man Power, and also confirmed remixes for Salsoul, Unidisc, MeMeMe and more.

With an established new peak-time synth sound championed by Danny Howard and Annie Mac, and Pete Long naming Alan’s ‘Edge Of Forever’ release as his Essential New Tune, Alan is finally breaking through and getting noticed by all the right people. 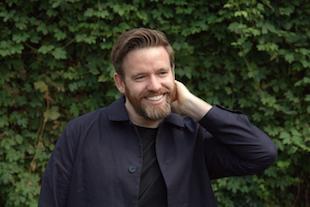