Totally Enormous Extinct Dinosaurs returns with 'Leave A Light On'.

First previewed on Soundcloud when Orlando Higginbottom (AKA Totally Enormous Extinct Dinosaurs) uploaded the track for a few hours on his birthday in March, 'Leave A Light On' today receives a full release and is named 'Hottest Record In The World' by Annie Mac on her BBC Radio 1 show.
Written and performed solely by Higgingbottom, (bar the drums) and produced by Dan Carey and Tim Anderson, 'Leave A Light On' is available to stream and download now via Nice Age.

Now based in Los Angeles, Higginbottom grew up in Oxford, England, where his father was professor of music at Oxford University's New College.
Raised on classical music, he discovered jungle and drum n' bass as a teen at Oxford's legendary record shop Avid. Dropping in and out of university whilst working on music, early Totally Enormous Extinct Dinosaurs demos were discovered by Greco Roman Records, where he went on to release several sought-after EPs. His debut album, 'Trouble', was released in 2012 to critical acclaim and featured in album of the year lists by the likes of DJ, Mixmag, Q, NME, Time Out, BBC Music & more.

In the years since 'Trouble', Higginbottom spent several years touring the world with a now near-legendary live show, and several more years DJing, all the time writing and recording new music, which, until now, has remained unreleased.

"All my time has been spent making music and thinking about making music," says Higginbottom. "But I couldn't see a way for it to be fun. Both personally, and with regards to the state of the industry itself."

"It took me a while to find a space to work in. I moved from Oxford to London, but London was fruitless. I then moved to LA but it took about six months before I found a permanent spot and things then started to fall into place."

"With 'Leave A Light On', I had to start releasing music or I would have broken. Now I feel like there are no rules, and I'm strong enough to do things my way and fail gloriously."

Totally Enormous Extinct Dinosaurs will be DJing in Los Angeles, New York, Toronto and London in the coming months, with more dates to be announced. 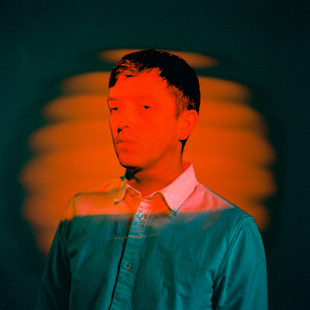