When James Ford and Jas Shaw met at Manchester University in the late 1990s, they never imagined they'd end up creating a human synthesiser.
But in their very earliest musical experiments together, something was set in motion which would lead to one of the most unusual careers in British music: one which has seen their creative mission transform again and again, inventing entirely new formats for music-making along the way. So perhaps the weaving of rich layers of human vocal tonalities sung by The Deep Throat Choir into the techno framework of their fifth studio album 'Murmurations' isn't quite such an unexpected turn of events.

In fact, they've been connecting the human voice with electronic sound since they first founded the band Simian with Simon Lord and Alex McNaughten. Simian was, in Jas's words, about "trying to show you could make band music with songs and harmonies but be into Autechre too".
Named after 'Simeon', the home-made early synth rig of early electronic experimentalists The Silver Apples, the band combined Crosby, Stills & Nash harmonies with hypnotic Krautrock rhythms, cosmic analogue synthesiser swooshes and an unmistakeable clubber's sense of groove - and somehow in the middle of all that managed to find something extraordinarily accessible.

They were signed to a major label subsidiary in 2000, and made two albums that stand up in their own right now. But, Jas continues, it was "just at the moment the world was into the Strokes and White Stripes and straight-ahead rock music," and their rich, baroque tapestries of song and sound didn't reach the audience their ambition and beauty deserved.
However, though the band fragmented, James and Jas had formed a strong bond, both personally and as producers/DJs. Band members had been using the name "Simian Mobile Disco" when DJing, but increasingly James and Jas played out as a duo, and it was them who made their own electronic tracks to include in DJ sets, so when the band split, they simply carried on in this vein, almost by default.

Post Simian there was no particular plan - but when Wichita Records approached the duo to make a Simian Mobile Disco album, they realised they already had about twice the tracks they needed, purely from those DJ tools they'd already made. 'Attack Decay Sustain Release' emerged in 2007, riding a wave of attention following the success of the 'Hustler' single first released on the tastemaker Kitsune label - and from thereon in, Simian Mobile Disco would carve an impressive path through the music world. After 'ADSR' and its 2008 remixed sister album 'Sample & Hold' came 'Temporary Pleasure' (2009), full of leftfield star guests: Beth Ditto, Gruff Rhys, Hot Chip's Alexis Taylor, Yeasayer's Chris Keating and more. In 2012 came 'Unpatterns', that almost ditched voices entirely to let the rich sounds of modular synthesisers and the occasional sample take the lead. Then in 2014, SMD abandoned their huge synth collection in turn for 'Whorl' which was recorded live in the desert near the Joshua Tree national park, using only one single synthesizer and one sequencer each.

It wasn't just a story of albums, though: far from it. James was developing quite a reputation in his own right as a producer for other artists, from The Arctic Monkeys to the mighty Depeche Mode. Meanwhile they were also keeping their hand in with the electronic underground, both through DJ sets and their 'Delicacies' series of 12" releases, for which they've collaborated with clubland mainstays like Bicep, Roman Fleugel and Cosmin TRG. Delicacies also became the platform for Jas's solo releases, which have seen him become an important figure in the global techno scene in his own right. All of which has led them to a place where they are not bound to standard industry structures built around an act's own cycle of album-tour-album-tour, and allowed them to approach SMD afresh each time they reconvene. In particular, this time around, they really feel like they have a clean slate: in preparing the 2017 10th anniversary reissue of 'ADSR' and selecting tracks for the Anthology compilation, they've had a chance to properly take stock, trace all the aesthetic threads in their work to date, and face the future confident and refreshed.

Which brings us to 'Murmurations'. Finding some time spare last year, in between James's production jobs and Jas's club gigging, they arranged a session in Jas's countryside studio. A close friend of James's wife was singing in the Deep Throat Choir from East London, and following an introduction to the choir's director Luisa Gerstein, SMD had been swapping some production and melodic ideas with her - so they decided to bring the whole choir into the studio to experiment. The results were intense: as Jas says, "listening to them moving their voices around a tone, altering the timbre, making chords, was like working with an incredible new synthesiser" - and very quickly a distinctive sound emerged from the sessions which can be heard throughout 'Murmurations'.

The album is themed around the flight patterns of flocks of birds, and the stunning emergent behaviours that appear within them: the giant cloud formations of starlings preparing to roost at night are known as 'Murmurations'. These kind of patterns, of course, echo the way human society and the wisdom of crowds operate: Jas still maintains a love of the kind of small underground club spaces "where there can be a degree of anarchy in the real sense: people self-organising around their common interest." From the beatless introduction 'Boids' onwards you can hear uncanny patterns and sounds rising up from the sea of voices, effects that are more than the sum of the parts, not traditional chords or harmonies, but complex interference patterns that play tricks on the mind. Which is not to say this album is difficult or avant-garde. The peculiar vocal effects merge perfectly with SMD's own distinctive synth tonalities and instinctive dancefloor nous: just listen to the rising and falling intro to 'A Perfect Swarm' and picture the giddy excitement it provokes in a club situation. And Luisa's lyrics and melodies are full of instant hooks, as on single and perfect festival singalong 'Hey Sister'.

The whole thing is a thrilling ride, as perfectly pitched for headphones as it is for club soundsystems. At times you might hear hints of Bulgarian choral music, or Cocteau Twins, or avant-garde composers like Iannis Xenakis or Pauline Oliveiros - but really, thanks to the creative freedom SMD's working methods allow them and the choir, it really is a sound completely of its own, something all too rare in an age where all is retro and reference. It's clear that James and Jas still have the same love of pure sound, human harmonies and electronic possibilities, that they did way back when they were first experimenting with music at university, and it's clear that their unique career path has allowed them to nurture this love and express it as vividly as they ever have before. 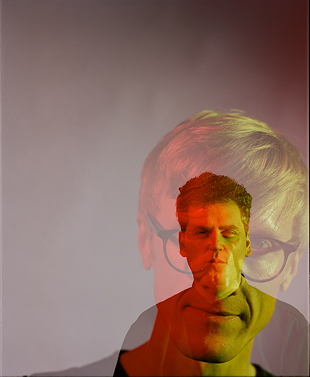