SCNTST was born in 1993, but he still looks like a young boy - in contrary to the adult, progressive sound of his unique techno music.

The prodigy grew up in a small village near Munich, listening to a lot of rock music and hanging in the local skate - and snowboard scene. His parents strongly supported his early musical obligation; he began playing drums in his father's band and acted in the lead role of a musical - only 10 years old. Impressed by a critically acclaimed German movie about techno music, he started teaching himself producing electronic music with Ableton Live in 2010 - without any help.
SCNTST rapidly started to develop his own remarkable sound and promised himself to always remain true to his own style. And success wasn't long in coming: Together with his friend Etnik from Hamburg, he soon released some of his work on a small label in America.

At that time he also began to gain live experience - at school parties and small birthday bashes. Slowly but surely his musical style changed from trashy electro to advanced techno, which was very well received on SCNTST's Soundcloud page.

Maybe it were his early influences like Boys Noize, Tiga, the Warp label or even Hip Hop acts like Tyler the Creator, that made his music so very well attracted by the people. Maybe it is his inimitable production technique, like sampling sound with an old video camera. Or it is his passion for music that makes him sitting at home in the middle of summer and producing in-your-face techno tracks. Anyway, the people loved his new stuff, and after several recommendations on Twitter, he got in contact with Boys Noize, who liked the music from the young Munich boy.

Sounds like a normal new artist story? But one thing is for sure: SCNTST is not normal. He is sick. He is avantgarde. And most of all, SCNTST is not mainstream nor commercial.

Two releases are currently in the pipeline and will hit stores this summer. 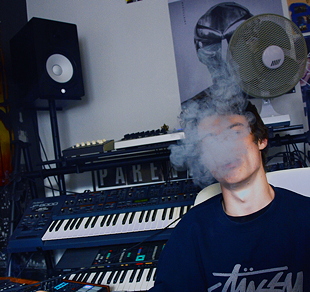