Whilst some follow trends, others set them. Award-winning music producer and live performer Rodriguez Jr. also known as Olivier Mateu has spent 20 years in the industry, with his vast experience of all genres of electronic music making him the visionary of melodic house and techno he is today. Initially, Mateu made his name under the mentorship of the legendary Laurent Garnier, releasing music on the revered F-Communications label as one half of French electro act The Youngsters. Following this he gradually honed his style into the dynamic, colorful sound of beauty that can now be regularly found on Mobilee, Anjunadeep; Systematic, Armada and demanded for on remixes of Stephan Bodzin, Booka Shade, Eli & Fur, Jan Blomqvist, Röyksopp, NTO, Tricky, Timo Maas and more.

Drawing inspiration for his live performances from the vintage synthesizers, keyboards and dusty analog gear of his studio in Miami, Rodriguez Jr. relishes the opportunity to travel the globe and realize his project on stage. In doing so he has amassed a devoted and loyal fan base through the creation of his unique movement. Some of the most recent acclaimed shows featured huge festival performances at, Sziget (Hungary), Lightning in A Bottle and CRSSD, Paraiso and Sonar Festival. Continuing to blur the boundaries between electronic and organic like few others can, his extensive touring schedule sees Mateu at world-renowned clubs and festivals every week, taking him to the likes of Solomun Live at Destino Ibiza, Fabric London, Space Miami, Cityfox Live New York, and Cercle Festival Paris.

Not stopping there, Rodriguez Jr. has formed a special musical partnership with Nouvelle Vague vocalist Liset Alea. The pair met 15 years ago creating music for Laurent Garnier ́s label, and through their ongoing live RJLA project and special collaborations on Rodriguez Jr.’s recent album “Blisss", they tell sonic stories, fusing organic charms of live instrumentation with cutting-edge music for the dance floor and presenting this at selected events. This culminated in an extraordinary audio/visual display for broadcast pioneers Cercle, with a unique performance at the carefully selected idyllic location of Falaises d’Etretat, showcasing their captivating live electronics.

On the production front, Mateu has continued to have an exceptional output, with his Mobilee release “Radian” entering the Beatport top ten within three days following release. Another highlight was his full Anjunadeep debut on the eclectic double-cut entitled Phoenix/Amargosa. Alongside this his remixes have also been received with equal merit on labels such as Crosstown Rebels, Systematic and Poker Flat. His latest reworking of Eli & Fur on Anjunadeep made it to number three of the Beatport melodic house & techno chart. On Spotify, his music reaches an audience of 500,000 listeners each month and continues to grow every week.

In April 2020, Olivier followed up the globally supported 2017 album “Baobab” with “Blisss”, the next exciting chapter. Inspired by his deep rooted and wide-ranging influences, it rewards fans both old and new alike and has received press from DJ Mag, Magnetic Mag and Mixmag; as well as playlisting by Spotify, Apple Music, Berlin’s Radio Eins and Flux FM and plays on the world’s key tastemaker stations. The album hit #14 in the Beatport Top 100 Releases, and had massive support from DJs including John Digweed, Sasha, Solomun, and Jamie Jones.

Mateu says "I was trying to not run after the apex of an idea, but rather to let it take me somewhere else, this state of free creative consciousness is itself a moment of BLISSS.” It is this mindset that saw him emerge as one of the pioneers for challenging the norms of self-expression during the Covid-19 pandemic; with his studio performance livestreams reaching over 1 million people and attracting the attention of Beatport who invited him to perform for their ReConnect series; as part of the Dirtybird CouchOut; and an incredible sunrise stream produced by BOLDR atop a mountain peak in Brittany, France.

Taking the time to dive even deeper, Autumn 2020 saw Rodriguez Jr. reworking the entire album “Blisss” in immersive Dolby Atmos, enabling fans to really step into his world “The experience is palpable, enveloping and almost sensual. Something you can feel on your skin.”. “Blisss” was Eric Horstmann of Immersive Labs first experience with purely electronic music in Dolby Atmos; when working collaboratively with Rodriguez Jr. on the project he said “My goal was to keep the original energy and creative intention of the songs while opening up the space and drag the listener right into the songs. The composition of the album allowed to be really creative with 3D movements of synth sounds, percussive elements and also vocals. It was a pure joy to re-mix this electronic music masterpiece in Dolby Atmos!"

This past year has seen Rodriguez Jr. keep up an impressive output of creative material and live performance. Whereas before, inspiration could come from anywhere he visited on tour, 2020 and 2021's creations have blossomed from a deep introspective, drawing on the influences of his varied and nuanced career. Embracing new mediums, Rodriguez Jr. has delivered standout live performances, with highlights of the million view topping Beatport ReConnect, and the incredible live sunrise in Britanny, produced by BOLDR TV. 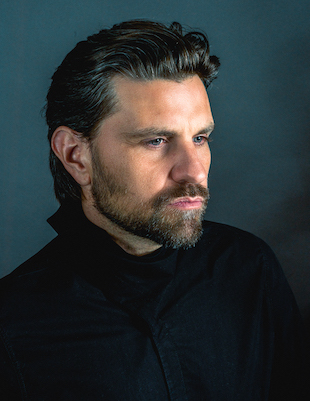