Anyone familiar with London's late-night disco dens over the past 10 years will recognise the name Nadia Ksaiba. The Tunisian-born DJ/producer is a regular cast member at veteran electronic party Bugged Out! and Shoreditch club XOYO and one of the capital's best-kept-secrets. A seasoned tastemaker, Ksaiba hosts the monthly show Rhythm Connection with Dan Beaumont (Chapter 10, Dalston Superstore) on NTS Radio. Now in its fifth year, the artists they've uncovered and played first reads like the year in dance music cover stars: Honey Dijon, The Black Madonna, Bicep, Daniel Avery, the list goes on.

Her DJ style, meanwhile, flies in the face of what she calls "emotionless, seamless Beatport bangers", instead spanning a nuanced mix of disco, boogie, proto-house, techno, Italo, minimal wave post-punk, acid and party jams that pump the heart of electronic music.
Whether she's playing Panorama Bar, soundtracking the pole-dancing at east London drag party Savage or covering Optimo for one of their famed Sunday-nighters at Glasgow's Sub Club, there are few dancefloors that Ksaiba can't make jack.

Ksaiba has been fine-tuning her kinetic sets since the early-2000s, when the parties of Jacques Lu Cont (the Gallic moniker of pop super-producer Stuart Price) introduced her to funky, filtered French house music. When her record collection got out of hand, she bought turntables and started DJing. Her first ever gig was at Bugged Out! in 2002, swiftly followed by bookings at iconic London club Fabric, Arthur Baker's Return To New York and beyond. Her DJ sets are a shimmering stomp through New York and Chicago's neon-lit backstreets - but they're also a subtle education, and decidedly against the groove of whatever the big club sounds are.

In the mid-2000s, Ksaiba put that theory to the test with her two cult clubs that helped define London's party scene. She found a kindred spirit in in Rory Phillips, a resident DJ at The End's indie-electro party Trash, and together they had the prestigious residency And Did We Mention Our Disco? at legendary Shoreditch club Plastic People and they founded Say Yes - two crucial underground parties for knowing clubbers.
Both were hugely important in giving new DJ talent a platform, as they were hosting the likes of LCD Soundsystem's James Murphy, Italians Do It Better, Hot Chip and Simian Mobile Disco.

Ksaiba also shines as an artist in her own right. Her G&S project with Matt Waites released underground hits on Andy Blake's seminal label Dissident and on Disco Bloodbath's imprint. In 2013, meanwhile, she pricked the ears of Erol Alkan, who released her single 'Virtual Lover' on his label, Phantasy Sound (the home of Daniel Avery, Connan Mockasin and Beyond The Wizard's Sleeve). A knowing slice of wonky synth-funk, 'Virtual Lover' refocused the energy of her DJ sets with a pop lens, leading one magazine to describe it as "Tom Tom Club meets Madonna" - the Madonna part being Ksaiba herself on vocals.

2018 is set to be the year that Ksaiba goes from insider tip to internationally renowned party-hopper - though the unassuming DJ would never say so herself. The focus of her sets, she says, is simply to "make people connect and really feel what was happening when the artist made the record". Ksaiba's recent appearances at Bicep's XOYO takeover and Ministry of Sound's flagship disco night Glitterbox are bringing that mentality to the masses, while her latest stints on Rinse FM are yet another introduction to her metallic-edged nocturnal world. 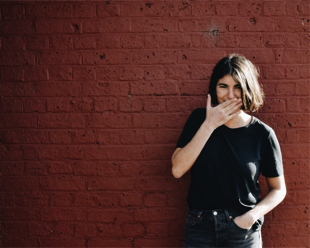