Producer, remixer, DJ and Area10 label boss, MK (marc kinchen)'s background is what electronic music dreams are made of. His roots are Detroit underground, combined with a virtual mash up of sounds from Motown soul and Chicago house, to Britain's early electronic leaning bands like Depeche Mode, New Order and The Cure. MK's path is a series of seamless transitions between house, hip-hop, pop and R&B, with a dedicated return to dance music during more recent years.

MK's teenage years were packed with studio sessions alongside Detroit's young techno legends Juan Atkins, Derrick May and Kevin Saunderson.
​"​When we were at the studio together, the guys always went out of their way to make me feel welcome. They were like mentors to me. And, when they were on tour, they would let me use the studio to play around as much as I liked."

During those early years, MK was able to begin perfecting and honing the tools he needed to make timeless tracks like 'The Rains', 'Burning', and 'Always'. By the mid 90s, Marc had become one of music's top remix producers, initially with an iconic rework of the song 'Push The Feeling On' by a little known group The Nightcrawlers. MK rewrote and reproduced the song's underlying music and created a brand new vocal by chopping up the existing one. Following the global success of 'Push The Feeling On' MK was commissioned to create a slew of top remixes from artists ranging from Jodeci, Celine Dion, Janet Jackson, Pet Shop Boys, Moby, Ethyl Meatplow, Mary J. Blige, and more. He has remixed over 500 songs to date.

As 2000 neared, Marc headed to LA to delve into the world of hip-hop and R&B, hooking up with artists like Will Smith, Quincy Jones, Diane Warren, Jay-Z, Tyrese, Brandy, and Pitbull. MK recalls what it was like when he got to LA: ​"It was a transition for me at first. R&B had a whole set of new people, new studios, and a new way of working. Just as I was fitting in nicely and building my little crew up, Pitbull sampled Nightcrawlers and then everyone wanted to work with me again. After a few years of sessions, sessions and more sessions, I got an itch for a new challenge. Somehow, I heard that these really cool DJs Jamie Jones and Lee Foss were on a mission to find me to see if I would play with them at a Hot Natured party at the Electric Pickle in Miami. I said yes and suddenly, it felt like I was home again".

MK's discography runs the gamut of both his own original releases, as well as his popular remixes that feature the signature sound of his memorable keyboards. MK has managed to find the fine balance that teeters somewhere between the underground and the more mainstream sounds without betraying his own integrity or the respect of his fans. He has built a bridge between the two crowds with custom mixes, MK Dubs, and vocal mixes. ​"My goal is to produce great songs, great artists, and great music, whether they are in acoustic form or in the inimitable 4/4 club musical measure. "I want to make music that harnesses my spirit as a producer and a songwriter. My hope is that it reflects more than a one-dimensional sound or genre. I find that once I am happy with the actual foundation of a song, I can always go in and make a club version, a chill version, or even an orchestral one. It's the song that serves as the building block for all of these things."

Around this same time that MK returned to dance music, Marc's classics 'Burning', 'Love Changes' and 'Always' were starting to find a new audience in the UK and Europe. Defected Records signed him to be a part of their House Masters series, but the real defining moment came when he asked to remix Storm Queen 'Look Right Through'. After an incredible 18 months of being in the charts, Marc's distinctive rework went to #1 in the UK singles chart. ​"I knew it was going to be something special as soon as it was done!" he beams. Shortly thereafter, he was asked to remix 'My Head Is A Jungle' by Wankelmut & Emma Louise, which shot to #4 in the UK Charts and cemented a spot as the Ibiza Anthem of 2014.

While keeping busy with remix projects, MK was also working on originals, such as 'Piece of Me' featuring the amazing Becky Hill. To date, the track has surged to over 70 million Spotify streams and was the precursor to the mighty '17' (over 120 million Spotify streams), a rich house anthem powered by MK's trademark piano chords layered over a strong bassline.

With the Platinum '17' peaking at #7 in the Official UK Top 40 singles chart and rocketing to #1 on the UK Dance Chart, the success of the song (MK's highest ever charting original solo production) set the tone for his worldwide '17' tour in 2017. The tour made stops all over the UK, with highlights including Cardiff, Manchester's Warehouse Project, Leeds, Newcastle, Area10 stages at Creamfields, SW4, We Are FSTVL, Parklife and more.

Last year, he released 'Back & Forth', yet another soulful house song with Becky Hill on vocals, which now boasts over 61 Million Spotify streams. MK's newest single 'Body 2 Body' is out now and is a sultry, soulful romp into a different sort of twist for MK.

On the touring front, his popular Area10 events have touched down across a range of locations, holding parties in Dublin, Bristol's iconic 'Motion' venue, and a fantastic Miami Music Week winter party at Miami's Delano Beach Club with guests Camelphat, Solardo, Lee Foss, Detlef, Latmun, and special guest Diplo. At Creamfields' 21st Anniversary, MK's premiered his most recent single with Becky Hill, 'Back & Forth', and his Area10 stage included guests such as Idris Elba, Armand Van Helden, Eli & Fur, Groove Armada, KC Lights and more. Marc also held his first series of Area10 Pool Parties at Ibiza Rocks, along with a series of special appearances at Amnesia, Pacha, Ushuaia, We Are FSTVL, and Tomorrowland. Similarly, he's hosting his own showcases at ADE, and a run of dates across Ireland, Scotland, Italy, Germany, France, Denmark, Holland, Belgium, Australia, New Zealand and his native USA, ending in his home city of Detroit, MK was also asked by Zane Lowe to host his own Area10 Radio show on Beats 1.

2019 has been just as exciting for the Detroit native as he continues his steady rise. Bringing in the year with a sold out shows with Defected at Printworks and Manchester's WHP, MK's Area10 hosted a stage at the sold out party at Tobacco Docks in London in late March, a headline slot at Ireland's magical Life Festival, mainstage at We Are FSTVL, along with confirmed Area10 stages at this year's Creamfields, Parklife, E1 in Scotland, Ibiza, and more. This season, MK will return to Ibiza and the festival circuit as he continues to record and remix music he loves, then gets to play it out to all his friends. The old saying is true, ​"Do what you love, and you won't work a day in your life." 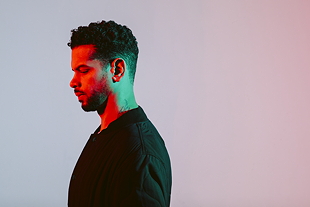