This music industry legend, trailblazer, and currently one of the hottest DJ's and producers on the underground electronic music scene... Green Velvet... came into existence more than 25 years ago. In 1993 Green Velvet launched Relief Records and since that time has been a constant presence in the industry.

When this very eccentric, green Mohawk wearing Green Velvet emerged, he sent shock waves throughout the House and Techno music scenes. What was even more intriguing was his background. Born in the southern suburbs of Chicago, IL he has always been an active athlete and focused student determined to follow his dream of becoming a chemical engineer. While he excelled scholastically he was socially introverted, but always committed to finding ways to share his enthusiasm for living.

Following in his father's footsteps, he began DJ-ing while attending undergraduate school at the University of Illinois and later graduate school at U of C Berkley. Until one day, he realized that while his dream was to become a chemical engineer...his passion...his God given talent was to pursue life in the music industry. That passion and commitment led him back to his hometown, and clearly kept Chicago on the House Music map.

Even today, more than 25 years later... it is difficult to go to any electronic music festival or set and not hear music from Green Velvet / Relief Records. Crowds everywhere sing along when notable hits like: 'Bigger than Prince', 'Flash', 'La La Land', 'Lazer Beams', 'Live Stream', 'Preacher Man', 'Shake and Pop', 'Sheeple', 'Suga', and 'Voicemail', are blasting across the airwaves.

Part of the history of Green Velvet and Relief Records is all about the Love.... Love of the music...Love of the fans...Love of other artists.
The history of great releases on the label and artists speak to this.
There are too many artist collaborations to mention.... but the likes of: Carl Craig, Detlef, Eats Everything, Jay Lumen, Mark Knight, Mason Maynard, Mihalis Safras, Patrick Topping, Prok|Fitch, Riva Starr, Shiba San, and of course ... GET REAL, (the ultimate collaboration of Green Velvet representing Chicago... the birth place of House and Claude VonStroke... growing up in Detroit... the birth place of Techno) attest to his commitment to work with both established and emerging artist.

One thing is very clear, in this industry success and change go hand in hand. Staying current with the scene and his fans is paramount. 2013 was a big year for Green Velvet: 'Bigger than Prince' was voted the '#1 Underground Dance Track' of the year by International Dance Music Awards and Green Velvet, the artist, received the Life Time Achievement Award from Beatport. In 2017 Green Velvet was voted the #1 DJ in North America by DJ Mag.

2018 is another record-breaking year: Relief Records reached the #1 Label in Beatport Top 100 (all genres), Sheeple, (a collaboration with Green Velvet & Prok|Fitch) held down the #1 spot for 8 weeks.

Green Velvet will introduce yet another innovation to his music arsenal beginning with the 2018 launch of the 'LA LA LAND STAGES'.

"It's all about our fans, about their love, support, loyalty and encouragement." More than 25 years and going stronger than ever... no doubt... the best is yet to come! 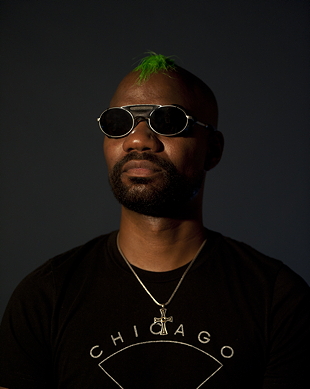