Feadz started as a scratch DJ in the mid nineties in Paris, and is now signed on Ed Banger Records.

Production wise, he released four records on Ellen Allien's BPitch Control between 2001 and 2005 before then joining the ED REC family, bringing along Uffie and his old pal Mr Oizo. During the past 15 years Feadz has released music, EPs and remixes on many labels such has BNR, Mad Decent, Monkeytown, Pellican Fly, Paradoxe Club, Man Recordings, Moveltraxx and Local Action.

As a DJ, Feadz transcends eras and families of electro: from rap to techno, from Bpitch to Edbanger, from Kuduro to sharpest German or UK electronic. While constantly manifesting an obsessive and childlike tendency to get excited by new music, Feadz has the skills of a veteran to share his discoveries with coherence and sensitivity.

Every 2 weeks Feadz has a show on Rinse France. You can find recap episodes and several free tracks, which he's putting out constantly, on his Soundcloud. 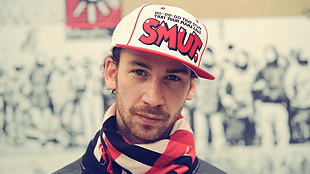