The idea that France once had a genius and let him go to California where he was more welcome and appreciated than in Paris is, in the digital area, a trivial issue. Every single Web entrepreneur heads towards the Silicon Valley to develop his ideas. During the 70's, this was less ordinary. Back then, it was another area, music, which witnessed the departure of a very talented guy for the United States, a country that quickly understood he was a star. Marc Cerrone, a trained drummer and disco phenomenon who sold more albums than many other artists put together, saw his career magnified by America but also slightly twisted by France which quickly reduced him to a style, disco music, without trying to understand who he was and how relevant his talent was. His path went through two phases, two complementary moves.

The first years, from his first album in 1976 to his 7th in the middle of the 80's, were fuelled with an exemplary sense of creativity and a free-spirit vision. Against everyone's advice, Cerrone was never reluctant to compose long and pure trance disco tracks, not exactly radio-friendly at the time, but which did incredibly well because they encapsulated the hedonism of the day and were far more than a trend. For instance, 'Love In C Minor' and 'Supernature' have become unbeatable classics, featured regularly in the best pop, disco or dance selections...

Such a success would have burnt most of the others' wings, whose career would have been ruined. At the end of the 80's, when he decided to unleash his creativity on stage, Cerrone managed to rebound. He became the star of incredible live experiences in Paris and elsewhere. As if, after having spent the first step of his musical career elaborating his repertoire, he'd chosen to devote the second one to make it live permanently. Firstly on stage, then through younger generations: when Bob Sinclar samples his music or invites him to collaborate, it's a new way for Cerrone to keep his main ability alive: make crowds dance. A talent which most of his younger fans - Todd Terje, Prins Thomas, James Murphy and a whole generation of cosmic disco lovers - agree to and get inspiration from.

From 1976 to 2014, Cerrone, whose discography makes so many others jealous, never stopped playing and keeping his beat which he considers vital. And if disco music had to be summarized to one artist, one creator, it would be him and nobody else.

Cerrone at a glance:

1974 - First album with his band The Kongas. In 1978, the legendary Tom Moulton remixes one track of The Kongas for Salsoul Records.

1978 - Cerrone produces and co-writes 'The Garden of Love', a disco classic and only album by his arranger Don Ray.

2014 - New live show and reissue of Cerrone's back-catalogue on Because Music. 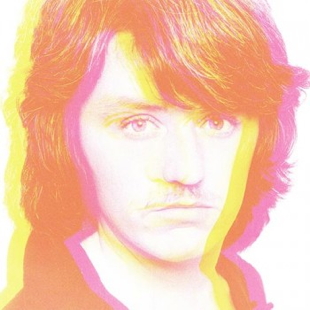