Los Angeles-based artist Bloodboy bridges the worlds of post-punk and pop while challenging gender roles and identity. Born Lexie Papilion in San Clemente, California, she channels the rawness and strength of Yeah Yeah Yeahs' Karen O, Juliette Lewis, and Debbie Harry with a sharp sense for melody and groove inspired by major influences like The Clash and David Bowie.

She started writing songs while still in elementary school, recording her first original tune about September 11th when she was just 11 years old. Piano and voice lessons would lead into a brief stint as a competitive opera singer. However, it was a different kind of competition that would define her teenage years: during high school, she was a pro-surfer for the United States surf team. After graduating college with a focus on pre-law, she decided to pursue a dream of music at the behest of her mother (her song 'Mom, I've Changed' is a glimpse into their relationship). Visceral and raw, her early output included debut single 'Human Female', produced by Justin L. Raisen (Charli XCX, Sky Ferreira), and the pleading 'Hey Kid', a song inspired by Bowie's work with Brian Eno.

Her debut EP, 'Best of Bloodboy', was released in late 2016. Recorded in Arnaudville, Louisiana with producer Thom Monahan, the six-song collection showcased her post-punk and electro rock sound and confessional lyrics. 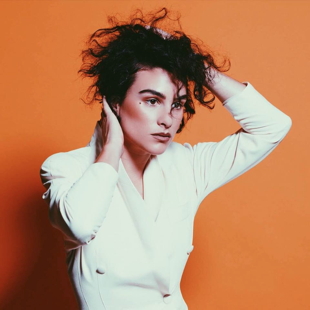