Alex Metric is a rare breed in today's pigeonhole-happy game; over the last decade he's crafted such a broad repertoire and taken so many left turns he's created a reputation where the unexpected is expected.
Whether he's winning Grammys for production on the Black Eyed Peas album 'The E.N.D', producing top 10 hits for Silk City & Dua Lipa or remixing N.E.R.D & Daft Punk, Foals, Gorillaz or Bloc Party; whether he's firing underground techno cannons on Sololumn's Diynamic or slinky sleazy disco on Skrillex's OWSLA; whether he's working with the likes of Stuart Price, Aeroplane, Steve Angello or Ten Ven or conjuring up full strength club tracks on his own; Alex thrives off contrast, variety and the pursuit of personally unchartered pastures.

This is what's kept him excited about his own craft, relevant and engaged with all sides of the dancefloor since his debut tracks on cult bass labels Lot49 and Marine Parade. It's what kept him un-pigeonholeable through some of electronic music's most accelerated years and has led to all kinds of far ranging opportunities from performing in New York's Madison Square Gardens to having production credits with pop giants such as Avicii, Robbie Williams and Snow Patrol.
Digging deep into disco, electro, techno, house, breaks and all things in between, both as a producer, a songwriter and as a DJ, Alex Metric has achieved a unique singular status in electronic music where you never really know what his next record is going to be... And in today's pigeonhole-happy game, that's priceless. 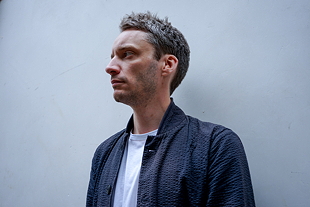