Already making serious waves with productions on globally renowned labels like Crosstown Rebels, Cajual and Rebellion, Alex Kennon has always been surrounded by great music. As a child, he was classically trained on the Spanish guitar and was, by his own admission, “really good!” Playing for ten years, it not only made Alex focused, it also allowed him to be disciplined because he would play at least two hours a day. Alex was inspired by powerful songs from Genesis and Led Zeppelin alike. But the biggest influence from his father was soul/funky music. “His first love was Earth, Wind and Fire, funk groups with fifteen elements!” Alex also breathed in fumes from his father’s vinyl collection, which was mainly English rock and new wave. It’s a collection he still has today. “I have a lot of vinyl,” he smiles. “My father used to travel and worked as military pilot and would bring records back home. For example, he brought back ‘Disintegration’ [by The Cure] and it was my first electronic love. I was super-young but they nailed the melodic, melodic sound and it hit me in the bottom of my heart. It shook my brain with music and [their] image.”

That emotional, powerful music soon lead him to house and techno: thanks in part to his father’s funk and also down to his own passion for New York and Detroit scenes. Soon, Alex was presenting a show in his own hometown. “As well as Laurent Garnier, I was a lover of New York music and also Detroit, I loved records with acid sounds inside. Meanwhile on a deeper, more spiritual tip, his favourite house record is ‘Lady Science’ by Soul Capsule: “You can imagine a story listening to that track!”

Alex has spent his life going through different rooms, and now he’s looking for the biggest room in the house. Having played at some of the best clubs in Ibiza (from Ushuaia and Pacha to Destino and Privilege), this year Kennon’s key releases will see him take everything to a whole new level and not just in Ibiza, but at festivals across Europe and around the world… He’s also been picked up as a producer to watch by Mixmag, who supported him ahead of Alex’s debut for Damian Lazarus’s infamous Get Lost party. Needless to say, Kennon gets a huge kick out of playing at expansive parties in windswept cities. ”South America is great! But I also like the Romanian vibe. I played by a lake for 3,000 people, it was very special.” And we have to mention Alex’s Best Breakthrough win at the 2018 DJ Awards in Ibiza: it was an important acknowledgement from the DJ community, and Alex won in a room alongside superstar winners like Jamie Jones, Adam Beyer and Sven Vath and Carl Cox.

As for Alex’s sound, the Crosstown Rebels remix really points the way with everything he’s done since: Alex likes vocals and he likes the sweet spot between house and techno. Not too hard, always groovy. “I like the groove. Sometimes I take the risk, we are not like robots. I never prepare a DJ set; I try to build a DJ set in the moment on a wide selection of music. Every DJ needs to do that. I always say you should have fun with the crowd.”

Pete Tong was the first to comment how Alex’s releases have got stronger and stronger over time, so it’s also been fantastic watching these two support each other from Miami to Ibiza. As for Alex, releases on Relief, Desert Hearts and Saved all sealed the deal for Alex in 2020 but in these strange times, Alex got busy and COVID forced Alex to focus primarily on making quality electronic music with some of his most talented musical friends: and he wasn’t messing about. So first up came a very special club collaboration with Pete Tong called ‘Apache’, which drop via Crosstown Rebels and was played on Radio 1 for 6 weeks straight. And hot on its heels came another incredible electronic single called ‘Blinding Lights’ signed to Joris Voorn’s own imprint with a brand new remix from Joris himself: this was also supported by all the right people at Radio One (including Pete and Danny Howard) and continued Alex’s sharp upward momentum: both records did serious damage at Beatport too, even crossing into the main Beatport chart thanks to the enormous support in all the right places. Over winter, he also jumped into creative mode with another Awakenings superstar, but further details will be revealed in good time. And that just leaves Alex’s epic techno remix for the mighty Nettwerk imprint: Mountain Bird x Alex Kennon, and you’ll be hearing a lot more from Alex and this particular Bird in the months and seasons ahead. With charm, charisma and talent by the bucket load and a home studio capable of helping him create some of the biggest anthems of the era, 2021 is the year that proves if anyone can, Alex can. 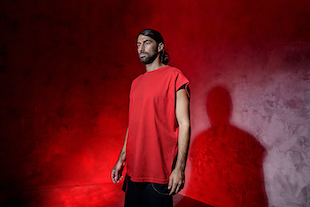